Margaret Ellen Newell, professor and vice chair, Department of History, has received the 2016 James A. Rawley Prize from the Organization of American Historians (OAH). The award, presented annually for the best book dealing with the history of race relations in the U.S., was given to Newell for her book, Brethren By Nature: New England Indians, Colonists, and the Origins of American Slavery (Cornell University Press, 2015).

“I’m honored to receive this award,” she said. “The book examines the significance of Indian slavery in colonial New England, where colonists enslaved thousands of Indians in the 1600s and 1700s. Indian slavery also shaped how African slavery developed in the colonies.”

Newell drew on letters, diaries, newspaper reports and court records for information. “I wanted to recover the slaves’ own stories and show how they influenced New England society. Many Indian slaves lived closely with the English families, raising their children, cooking their meals and manning colonial armies and farms. Of course, slavery had devastating effects on Indian communities.  English colonists exported some New England Indians to the Caribbean and even to North Africa.”

In presenting the award, the OAH said, “The importance of this book rests in multiple areas: it reasserts the primacy of the indigenous in terms of the origins of slavery in London’s colonies; it demonstrates that the alleged barrier of source material is no impediment in teasing out this profound topic; and the pellucid writing conveys the magnitude of the subject in no uncertain terms.

The OAH is the world’s largest professional association dedicated to American history scholarship, with more than 7,500 members from the U.S. and abroad. 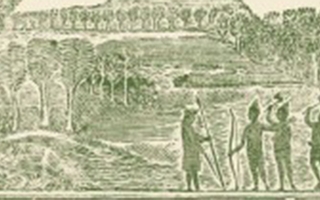