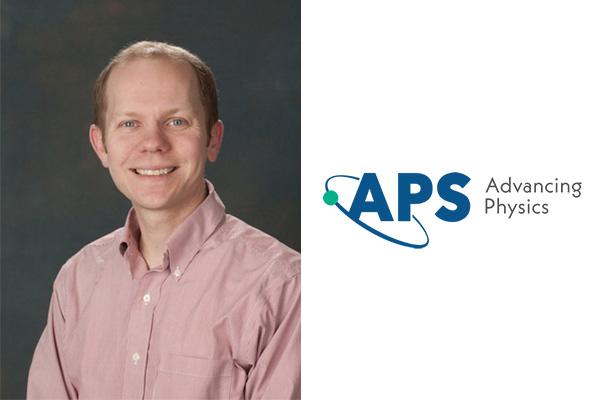 Paul Martini, professor in the Department of Astronomy and the Center for Cosmology and Astroparticle Physics, has been selected as a fellow of the American Physical Society (APS), the organization announced last month.

This prestigious honor is given to just half of 1 percent of the Society’s current membership and serves as a recognition by Martini’s peers of his outstanding contributions to physics.

“I am very honored to have been selected as a fellow of the American Physical Society, as I greatly respect their mission to advance physics for the benefit of humanity," Martini said. “I am especially thankful to my students and colleagues at Ohio State for the stimulating intellectual atmosphere and support that has helped me achieve this recognition.”

Martini’s honor specifically is for his distinguished contributions to understanding the evolution of black holes and galaxies and to building sophisticated instruments for astronomical observations and cosmological surveys.

APS is a nonprofit membership organization working to advance and diffuse the knowledge of physics through its outstanding research journals, scientific meetings, and education, outreach, advocacy, and international activities. APS represents more than 50,000 members, including physicists in academia, national laboratories, and industry in the United States and throughout the world.

Martini is an observational astronomer and instrumentalist, with a focus on observational cosmology and the evolution of galaxies and active galactic nuclei (AGN). His current focus is on cosmology, especially with Lyman-alpha forest observations from the Dark Energy Spectroscopic Instrument (DESI), a collaboration of hundreds of scientists. DESI aims to understand the mystery of cosmic acceleration with a world-leading survey of 40 million galaxies and quasars, which is 10 times larger than the previous state-of-the-art instrument. Martini made major contributions to the development and construction of the instrumentation that enables the DESI survey.

Martini, who also has a courtesy appointment in the Department of Physics, earned his master’s degree and PhD at Ohio State and has been on the faculty at Ohio State since 2005. After earning his advanced degrees, he was awarded postdoctoral fellowships from the Carnegie Observatories and Harvard-Smithsonian Center for Astrophysics. Martini is also a Fellow of the American Association of the Advancement of Science and was a Fellow at the Harvard Radcliffe Institution in 2020-2021.