From a microscope to the Middle East: Annalee Sekulić takes undergraduate research global

For about a month during fall 2018, Annalee Sekulić, a dual-degree senior in anthropology and public policy, would wake up at 5 a.m. and go search for ancient, fossilized dung in the Dhofar region of Oman.

She was working as the data manager for the Ancient Socioecological Systems in Oman (ASOM) project, a National Science Foundation grant-funded initiative made up of researchers from Ohio State and around the world to examine the interactions between environmental influences and human territorial behavior in pastoral ecosystems.

The dung — and the plant material found within it — that Sekulić was searching for was a key component of understanding those relationships, and growing up on a farm in northern Ohio gave her the right foundation for such research. 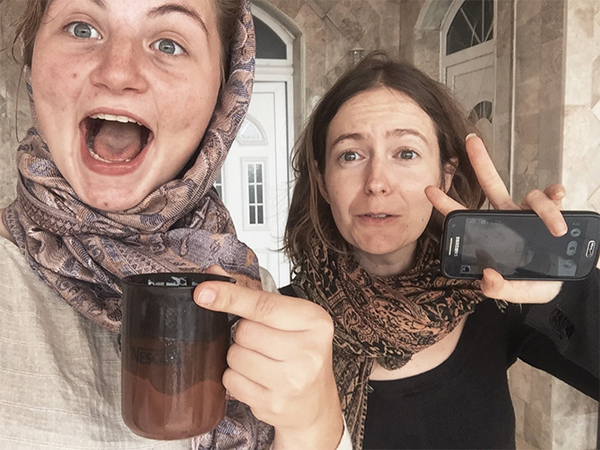 “I never expected to be this into botany until anthropology Professor Joy McCorriston asked me to join ASOM as a volunteer research assistant my sophomore year,” Sekulić said. “I was like, ‘Okay, I can do that. I lived on a horse farm for how many years?’”

Sekulić started out in a lab sorting plant fragments, but since then, her work with ASOM has led Sekulić around the world. The experience has provided transformative mentors and enabled her to become an expert in a specialized area of anthropological research as an undergraduate. 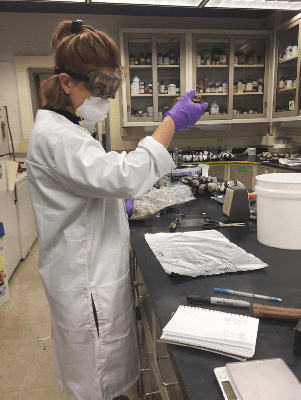 McCorriston says she recognized an opportunity for Sekulić to develop her own undergraduate research project as Sekulić started to gain more knowledge and independence through her lab work. McCorriston encouraged Sekulić to take one of her honors archeology classes, and from there she asked Sekulić to find a field school where Sekulić could learn how to do anthropological field work.

That training, along with guidance from former paleoecology postdoctoral researcher Sarah Ivory and former graduate student Abigail Buffington, prepared Sekulić to help out with the ASOM research in Oman.

“Annalee is a first-generation college student, … and her embrace of that, her willingness to find a way to accomplish her goals and to see herself as a contender, to learn, apply and keep learning with an excitement about the world is what stood out to me about her as a student,” McCorriston said.

That drive has led Sekulić to her current work, where she researches the presence of macrobotanical remains preserved in hyrax middens to get an idea of how pastoralist communities impact and are shaped by desert ecosystems over thousands of years. 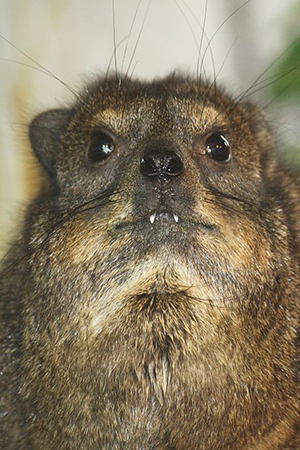 Hyraxes, like the one pictured to the left, have small tusks that develop in the same way as elephant tusks. Photo courtesy of Ltshears via Wikimedia commons.

Though they look like large gophers, hyraxes are rodent-like animals most closely related to elephants. They tend to defecate and urinate in the same location, often in sheltered caves, so their fecal matter builds up over generations creating “middens,” stratified deposits that can be several hand-breadths thick.

Sekulić describes this material as similar to amber in its ability to preserve whatever is trapped within it. The layers stacked within a midden can act as a historical record of which plants existed at different periods of time.

By narrowing an analysis to plants known to be indicators of human activity, variations in the presence of indicator plant material can potentially signal changes in human movement. In an area such as Dhofar, Oman, which was historically occupied by pastoralist communities who leave little behind, those suggestions can help researchers place and track ancient communities that would otherwise be difficult to even detect.

“It's really hard to have a record of pastoral people in the past,” Sekulić said. “However, they are as crucial to our Earth’s changing environments as any agricultural society.” 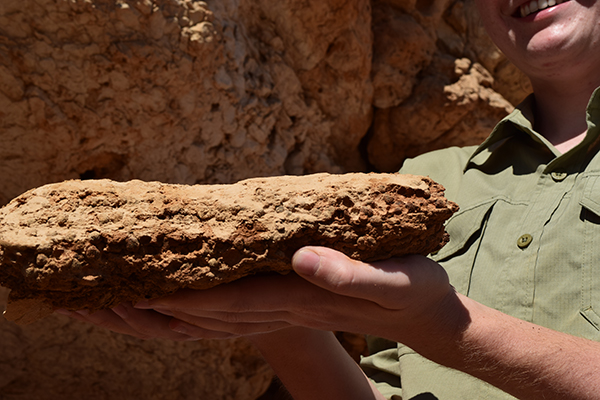 For the research, Sekulić transported her sorted plant fragments to Oman, where she spent the first half of the field season searching for middens and the second half working on an archaeological dig. Throughout the trip, the Ohio State team worked with experts from the Oman Botanical Garden and a southwest Asian plant taxonomy expert, Anthony Miller, on identifying the plant remains they were finding in the middens.

“I had the pleasure of watching our Ohio State undergraduate, Annalee…sitting with the director of the Oman Botanical Garden and the grand master of Arabian plant taxonomy at a table with a bad light and a hand lens in our field house looking through these samples that Annalee had brought,” McCorriston said. 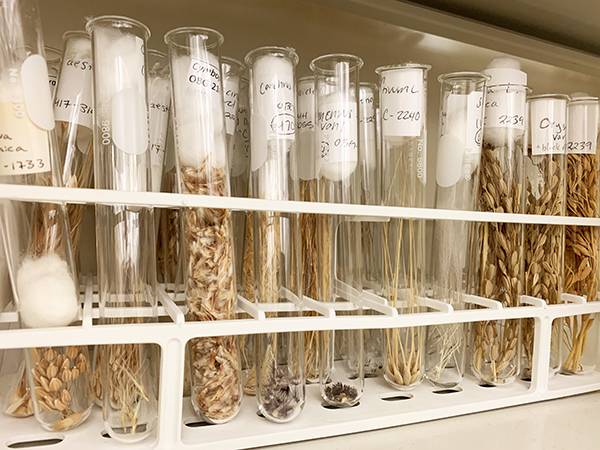 ASOM researchers partnered with experts from around the world to match modern plants found in Oman, such as those pictured above, with the remains Sekulić provided.

Sekulić said she’s always been curious about other places. She was partly raised by her Croatian grandmother. Her first time out of the state was a yearlong high school student exchange program to Helsinki, Finland. She worked as a nanny in Abu Dhabi, United Arab Emirates, the summer before she started college, and she was a housekeeper in Vik, Iceland, the following year.

Such experiences deepened her fascination with why people do what they do, how they interact with their environment and why that might be different from one place to the next. Now that she’s graduating, she’s looking for a job and hopes to blend that body of knowledge in anthropology with the skills she’s gained through her double major and apply them to policy work.

“The intersection of cultural holism and relativism with policy is where I feel I can have my form of citizenship,” Sekulić said. “That's the way I can make the most impact with my skills to my community.”