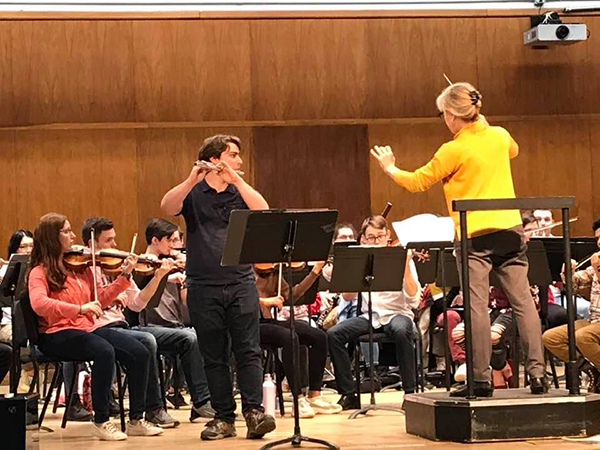 Late in elementary school is one of the most important times in children’s path to a music career.

It’s often when they first select an instrument to play, and it’s when they take their first true band or orchestra classes in school. It’s also when they’re being recruited into music programs by events like high school bands visiting elementary schools to wow them or music stores bringing around instruments for them to handle and play.

But this year, all of that in-person excitement about music is absent.

Daniel Zipin, an Ohio State music education major, recognized that all those potential new musicians weren’t getting the spark of inspiration they needed.

“When that all was gone I realized, ‘Wow these students aren’t doing anything with music,’ and I just thought teachers must be somewhat at a loss for what to do.”

So he started The Instrumental Music Project, a website designed to replace some of that in-person recruiting and showcase everything music education can bring to a young student.

The website presents videos on musical instruments commonly featured in band and orchestra classes, from French horns and oboes to cellos and percussion. For each instrument, Zipin got an experienced musician to showcase what that instrument sounds like at its best in a recorded video, even getting flutist Brandon George — who was nominated for a Grammy with his quintet, the The Imani Winds — to help out with the flute video.

The site also has informational videos on the various music ensembles, teaching potential music students about everything from string orchestras to marching bands. It also offers useful advice on the best ways to practice and provides links to additional resources.

Zipin’s hope is that his site can provide some of that spark students have missed during the pandemic. He wants students, teachers and families to use it as a lifeline during the current period of online instruction. But he also wants the site to be useful in the future as a resource to introduce instruments, enhance music recruiting and create assignments.

When he began The Instrumental Music Project in March, he had nothing but an idea. With no website coding or video editing experience, he spent much of the spring doing trial and error.

“I just looked up ‘website builder’ on Google, basically, and I downloaded a video editing software for free online and just messed around with that,” Zipin said. “I saw what worked and what didn’t.”

Besides his collaboration with musicians on the videos, Zipin was also getting feedback from School of Music faculty. Email chains and Zoom calls started discussions about the best way to script the videos, what information to include and what content would be the most engaging for the targeted age group.

Daryl Kinney, associate professor in the School of Music, has been helping Zipin promote the site and advertise its resources to band and orchestra directors in the Columbus area and beyond. Kinney is also helping Zipin turn the site into a research project and an undergraduate thesis. With that, Zipin can apply for funding and conduct scientific research on the effectiveness of the platform he’s built.

“This project would not have been possible without the contributions of musicians, teachers and performers from all over the United States,” Zipin said.

This issue of music enthusiasm among children is especially important to Zipin because of his career hopes and his own background with music. He started playing flute in fifth grade, and he was the only male flute player in that class. Part of The Instrumental Music Project focuses on combating gender stereotypes that are typically associated with certain instruments.

Zipin has also taken part in meaningful music recruiting, performing at Nationwide Children’s Hospital and for kindergarteners who came to Ohio State for a field trip. He plans to graduate in the spring and work as a string orchestra instructor before getting a master’s degree in orchestral conducting.

“If students don’t know what the instruments are, if they’re not excited about learning an instrument one day, they won’t join their school music programs,” Zipin said. “That can be a big part of their education and life going forward. That whole journey in music starts at these early stages.” 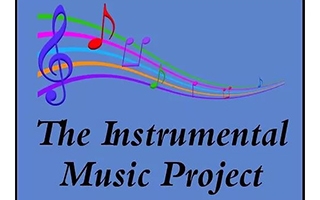