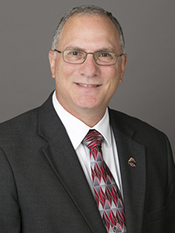 To maintain American democracy’s integrity, it’s vital to respect, uphold and protect certain boundaries between the nation’s armed forces and its politics.

We sat down with Peter Mansoor, professor and Mason Chair in the Department of History, to discuss civil-military relations through the context of events surrounding the 2020 election cycle. Mansoor, a retired colonel who served in the U.S. Army for 26 years and an expert on military history, offers his insights on why an apolitical U.S. military is critical, how certain civil-military boundaries were tested and ways to ensure military impartiality in the wake of a contentious transition of power.

Why is an apolitical U.S. military important?

An apolitical military is a fundamental cornerstone of U.S. democracy. The Founding Fathers wrote into the Constitution civilian control of the military for just this reason, as they were concerned of “the man on horseback” who could take power by force. Although there have been generals who have run for office — some of them even while wearing the uniform — since the end of the Civil War, the ethos of U.S. military forces has embraced an apolitical outlook on domestic issues. Some officers go so far as to not vote in elections for this very reason.

What vulnerabilities do we open ourselves up to when branches of the armed forces are co-opted by political leaders for political gain?

If a military service were to be co-opted by a politician, the government would become vulnerable to coups, which would be the end of American democracy as we know it.

What was your reaction to the letter disseminated by the Joint Chiefs of Staff reminding servicemembers of their oath to defend the Constitution in response to the attack on the Capitol? 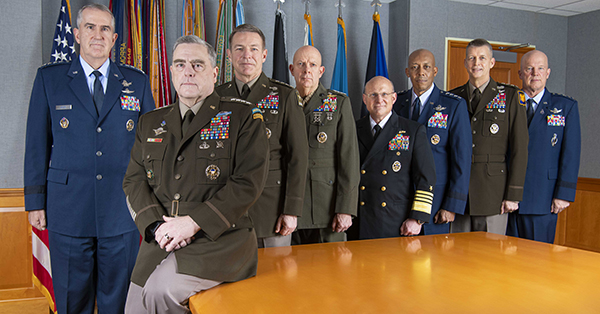 The letter was extraordinary. The Joint Chiefs clearly understand the danger of extremism in the ranks and wanted to make clear that armed support for a politician, especially one attempting to affect the outcome of an election through force, has no place in the U.S. military. The U.S. armed forces take an oath to uphold and defend the Constitution of the United States, not any political leader. No matter what office they hold.

In June, Gen. Mark Milley, chairman of the Joint Chiefs of Staff, apologized for his role in President Trump’s infamous photo-op in which the president posed with a Bible after demonstrators were dispersed. Milley said, “I should not have been there.” Why shouldn’t have Gen. Milley been there, and why was it important for him to issue a statement? 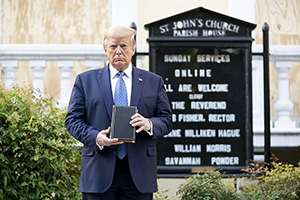 Gen. Milley states that he was not aware of the purpose of the event, which turned out to be a political stunt ending in a photo-op of Trump holding up a Bible in front of St. John’s Episcopal Church. By appearing with Trump in uniform, Gen. Milley played into the president’s political agenda of appearing like a strongman who would triumph over chaos. But the protesters were in Lafayette Square legally and were protesting peacefully. To have a senior military officer walk with the president shortly after the Square was cleared by force appeared to validate the president’s tactics and to support his political candidacy. By making publicly clear his presence at the event was a mistake and wrong, Gen. Milley made an important statement to the force about the proper role of the military in domestic politics.

Across history, what are some examples of other militaries — either here in the U.S. or abroad — that pledged their allegiance to leaders and parties in power rather than to their countries and citizenry, and what went wrong?

Probably the best example is the German military of the interwar era, which in 1934 stopped swearing allegiance to the German constitution and instead swore allegiance to Adolf Hitler. By co-opting the military leadership, Hitler was able to assume total power and end Germany’s experiment with democracy in the Weimar era.

What are steps we can take to further ensure our armed forces remain impartial?

Senior military leaders must instill in the U.S. armed forces a culture of respect for and subservience to civilian leadership. We can no longer take for granted that volunteers will enter the armed forces with an instinctive understanding that the military’s allegiance is to the Constitution and not to any one leader, even if that leader is the president. The services must also weed out of their ranks extremists who would back insurrection against the legitimately elected government.

In the wake of President Joe Biden’s inauguration Jan. 20, what can be expected of civil-military relations moving forward?

We should expect the service chiefs to reiterate to their personnel the fundamental allegiance of the military to the Constitution as reflected in the nation’s legitimately elected government. The services must also be aware of extremism within the ranks, and we should require them to take action to ensure the military remains the apolitical body that is essential to uphold the laws and traditions of American democracy. 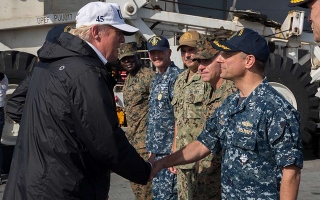