Five Arts and Humanities faculty members in the College of Arts and Sciences have received 2015 Ronald and Deborah Ratner Distinguished Teaching Awards.

The Ratner Awards recognize faculty for making a difference in students' educations, lives and careers. Candidates are chosen for creative teaching and exemplary records of engaging, motivating and inspiring students. Each Ratner Award includes a $10,000 cash prize plus a $10,000 teaching account to fund future projects.

Cleveland’s Ronald Ratner served on Ohio Sate's Board of Trustees from 2007 to 2015, appointed by former Governor Ted Strickland. Ratner is executive vice president and director of Forest City Enterprises, Inc., and president of Forest City Residential Group. Deborah B. Ratner is the founder of ArtWorks, a Cleveland-based arts apprenticeship program and Reel Women Direct, an award for women film directors. Last fall, they generously gave $1 million to establish the Ronald and Deborah Ratner Distinguished Teaching Awards. In addition, Forest City Enterprises has donated space in Cleveland at Tower City for The Ohio State University Recruitment and Outreach Center, aimed at increasing the overall college-going rate for the greater Cleveland area and offering advice and counseling to students interested in attending Ohio State. 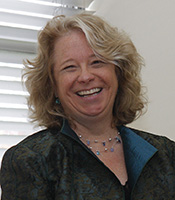 Professor Hesford’s teaching is both interdisciplinary and innovative in its assessment of learning. Having attended a panel at a professional conference that discussed the use of zines (digital mini magazines) as a teaching assignment, Hesford brought the idea back to her classroom at the undergraduate and graduate levels. Her interest in teaching the rhetoric of human rights has led to significant and sustained success in the classroom. It has also extended beyond the classroom to innovation in curriculum; she had a key leadership role in creating the interdisciplinary minor in human rights that is offered to undergraduate students across the college, and created a new course in the English department, English Studies and Global Human Rights. 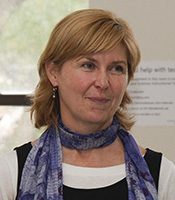 Coming to her faculty position in the Department of Design from a background in Ohio State’s School of Architecture, Susan Melsop has brought innovation in two areas: collaboration and team building, and service learning/community outreach and engagement. In the first area, she created a core course for the design major that incorporates an integrated team-taught studio approach that has been transformational not only for her students but also for her faculty colleagues. She took the curriculum review necessitated by the quarter-to-semester conversion as an opportunity for innovative thinking. Similarly, she has created an experiential service learning course that shows partnerships with community groups are inherently reciprocal in their effects: good not only for the group but also for the learning and development of the students. 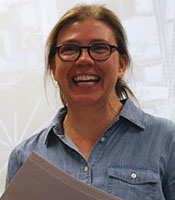 As an assistant professor, Parrott received the university’s highest teaching award—the alumni award for distinguished teaching. She teaches editing, production and documentary courses that will be at the heart of the college’s new major in moving image production, and she not only engages her students but helps launch their careers. Her teaching seamlessly combines the theoretical and the applied in what is an inherently multi-disciplinary field of study. She constantly adapts her teaching to incorporate the latest technology; her excellence has continued unabated since she won the university award in 2009. She also mentors her students as they work to launch a career in media production, linking them with alumni who are industry leaders in Los Angeles and New York and helping place them in top graduate film directing and production programs. She helps her students exhibit their work to the community through Urban Arts Space and Wexner Center for the Arts. 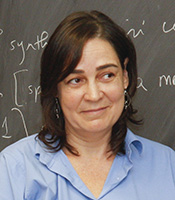 One of the hallmarks of a liberal arts education is a pedagogical approach that emphasizes the virtues of a seminar format that requires full participation by students under the tutelage of an experienced professor. Shabel’s teaching epitomizes this approach in its highest form. Her commitment to a time-tested approach—the importance of focused questioning; engaged conversation; active learning that examines assumptions and looks deeply into specific concepts and texts—is consistent. Her approach is in line with the highest tradition of liberal arts learning; her innovation lies in her ability to keep this approach relevant to Ohio State’s evolving student body. 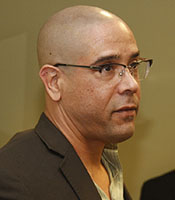 Stevens embodies another core idea of liberal learning: the idea that one of its key outcomes is the ability of students to undertake self-reflection and awareness that will make them not just successful students but also thoughtful, engaged and responsible citizens. Every aspect of his formal teaching—from the construction of the syllabus, to the questions asked in class, to the homework assignments, to the major projects—is designed to achieve this key outcome. His knowledge of his subject matter that he teaches is accompanied by an equally vast knowledge of techniques for increasing mindfulness, awareness of the impacts of one’s words, and attention to inclusion. He is someone who “trains the trainer,” contributing to the university orientation for new graduate teaching associates; participating in a mid-career faculty teaching learning committee sponsored by the University Center for the Advancement of Teaching; and teaching a course on pedagogy for graduate students in his department.