Christo Sevov, an assistant professor in the Department of Chemistry and Biochemistry, has been selected as one of 83 scientists across the country to receive funding from the U.S. Department of Energy’s Early Career Research Program.

Sevov has been given a five-year, $750,000 award from DOE to fund his research that will enable selective modification and control of the structures and properties of chlorinated plastics such as PVCs. Modification of PVC currently relies on additive formulations, which ultimately limit PVCs’ recyclability, safety and long-term stability. Sevov’s research addresses these issues by developing electricity-driven synthetic reaction methodologies.

“I’m absolutely thrilled to receive this award,” Sevov said. “I can now support the students and researchers who are doing all of the hard work to make the discoveries in the lab. This five-year support from DOE also gives us the time to develop these new methods to modify plastics.”

Sevov is the only researcher in the state of Ohio to earn this funding in 2021.

The Early Career Research Program, now in its 12th year, supports exceptional scientists during the crucial years when many do their most formative work in DOE’s priority research areas. These awards are part of DOE’s longstanding efforts to support critical research at the nation’s universities and National Labs, grow a skilled STEM workforce and cement the U.S. as a global leader in science and innovation.

“Maintaining our nation’s brain trust of world-class scientists and researchers is one of DOE’s top priorities — and that means we need to give them the resources they need to succeed early on in their careers,” said Secretary of Energy Jennifer M. Granholm. “These awardees show exceptional potential to help us tackle America’s toughest challenges and secure our economic competitiveness for decades to come.”

The 83 awardees represent 41 universities and 11 DOE National Laboratories in 32 states — including five universities that are receiving funding for the first time under this award. University-based researchers receive grants for $150,000 per year.

To be eligible for Early Career Research Program awards, a researcher must be an untenured, tenure-track assistant or associate professor at a U.S. academic institution, or a full-time employee at a DOE National Lab, who received a PhD within the past 10 years. Research topics are required to fall within one of the Department's Office of Science's eight major program offices:

Awardees were selected based on peer review by outside scientific experts. Projects announced are selections for negotiation of financial award. The final details for each project award are subject to final grant and contract negotiations between DOE and the awardees.

A list of the 83 awardees, their institutions, and titles of research projects is available on the Early Career Research Program webpage. 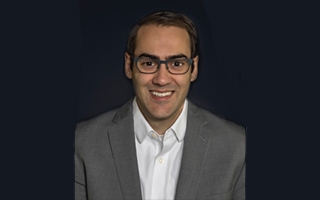