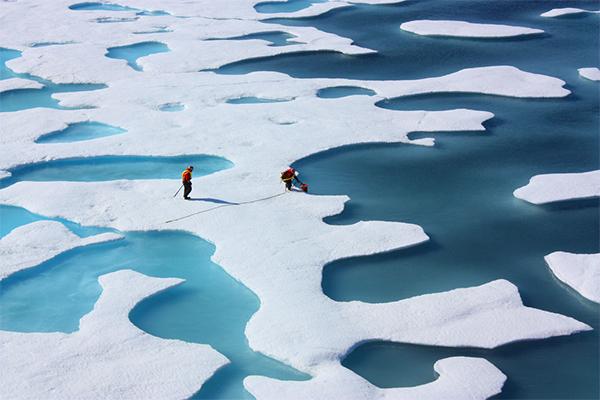 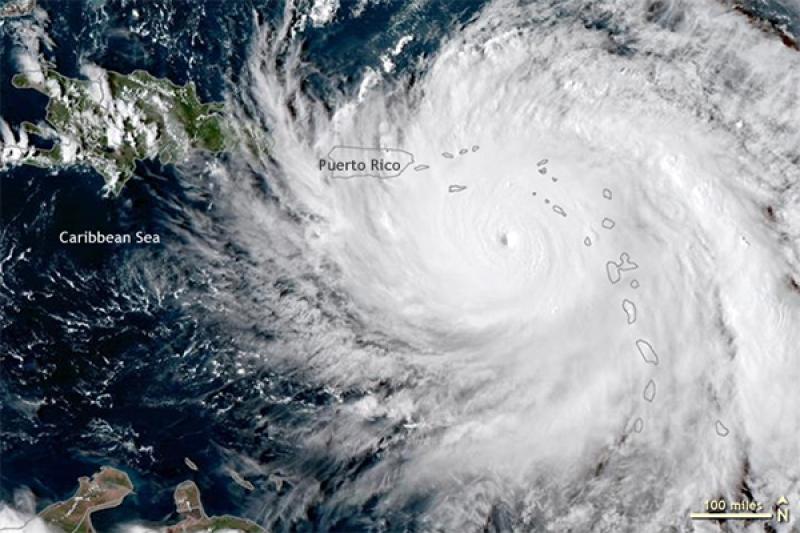 From Sept. 17-18, 2017, Hurricane Maria grew from a Category 1 storm to what the National Weather Service called an “extremely dangerous” Category 5. Two days later, it slammed into Puerto Rico as a strong Category 4, killing an estimated 2,975 people and causing $90 billion in damage in Puerto Rico alone.

Jialin Lin, associate professor of geography, has spent the last two decades tackling those challenges, and in the past two years, he’s had breakthroughs in answering two of forecasting’s most pernicious questions: predicting the shift between El Niño and La Niña and predicting which hurricanes will rapidly intensify.

Now, he’s turning his attention to creating more accurate models predicting global warming and its impacts, leading an international team of 40 climate experts to create a new book identifying the highest-priority research questions for the next 30-50 years.

“We are at a tipping point,” Lin said. “In the last 50 years, we have set up the observation network, we have made advancements in climate modeling…and we have all the satellites and weather balloons flying in the air. We have such a powerful system, but we still cannot predict these disasters.”

One historically unpredictable phenomenon is the El Niño–Southern Oscillation (ENSO), which changes atmospheric circulation, temperature and precipitation around the world. It has three phases, swinging between El Niño and La Niña every two to seven years with a neutral state in between.

This NOAA visualization explains the difference between El Niño and La Niña, along with some of their impacts on North America.

El Niño is “one of the most important weather-producing phenomena on Earth,” according to NASA. This half of ENSO pushes warm water into the eastern Pacific, producing hot, soggy conditions along normally desert-like areas of the west coast of the Americas. In the western Pacific, dryer, cooler conditions may prevail, stalling monsoons and creating droughts.

Lin set out to create a model that could accurately identify ENSO shifts by testing — and subsequently ruling out — all the theories and possibilities earlier researchers had proposed. Then, Lin realized current models only considered surface temperatures, and he decided to dive deeper.

He downloaded 140 years of deep-ocean temperature data, analyzed them and made a breakthrough discovery.

“After 20 years of research, I finally found that the shift was caused by an ocean wave 100 to 200 meters down in the deep ocean,” Lin said, whose research was published in a Nature journal. “The propagation of this wave from the western Pacific to the eastern Pacific generates the switch from La Niña to El Niño.”

These heat maps, included in Lin's published paper, display the eastward propagation of the ocean subsurface wave leading to switch from La Niña to El Niño.

The wave repeatedly appeared two years before an El Niño event developed, but Lin went one step further to explain what generated the wave and discovered it was caused by the moon’s tidal gravitational force.

“The tidal force is even easier to predict,” Lin said. “That will widen the possibility for an even longer lead of prediction. Now you can predict not only for two years before, but 10 years before.”

Lin followed the same path when he turned his attention to rapid-intensification hurricanes, which experience an increase of at least 35 miles per hour in maximum sustained wind speeds in 24 hours. Like Maria, they can change from a weak hurricane or tropical storm to a major hurricane in a day.

However, predicting which storms will rapidly intensify is “totally a mess,” Lin said, with existing models continuously predicting weaker hurricanes.

In a rapid intensification scenario, a hurricane needs an intense heat source to make it rotate faster and faster. Current models only consider heat from the ocean, but Lin hypothesized that a second heat reservoir existed not below, but above the hurricane. He thought warm air from the stratosphere might sink down, penetrate the hurricane and heat up the vortex, strongly enhancing hurricane intensity.

He developed his own model to retroactively predict all hurricanes in the past 50 years, and the results couldn’t have been better: The model predicted all instances of rapid intensification.

“The day when I saw that the hurricane was amplified from the hot air from above, I was so excited,” Lin said. “The ocean contributes half, but the other half is actually from the top.”

In both instances, Lin said he was only able to make his discoveries by building off what decades of other experts had uncovered.

“Everything looks simple after you know the answer, but it takes 20 years of exploration,” Lin said. “Like Newton said, you have to stand on the shoulders of giants.”

Now, he’s focusing on one of humanity’s biggest challenges: climate change. But unlike his hurricane and ENSO research, which had a deep history of existing research and data to work from, global warming prediction is still a very young science.

That’s the purpose of his new book, Current Frontiers in Climate and Weather Research.

“We’re trying to identify the most important questions for climate science and for weather research,” Lin said.

Lin says the largest uncertainty for global warming prediction is positive feedback, or a system’s ability to amplify an initial weak disturbance through internal physical processes. The whole becomes greater than the sum of its parts, so to speak. Positive feedback amplifies all extreme weather and climate phenomena on Earth, and not understanding those connections is why the projected magnitude of global warming could be anywhere from 1.5 to 6 degrees celsius. 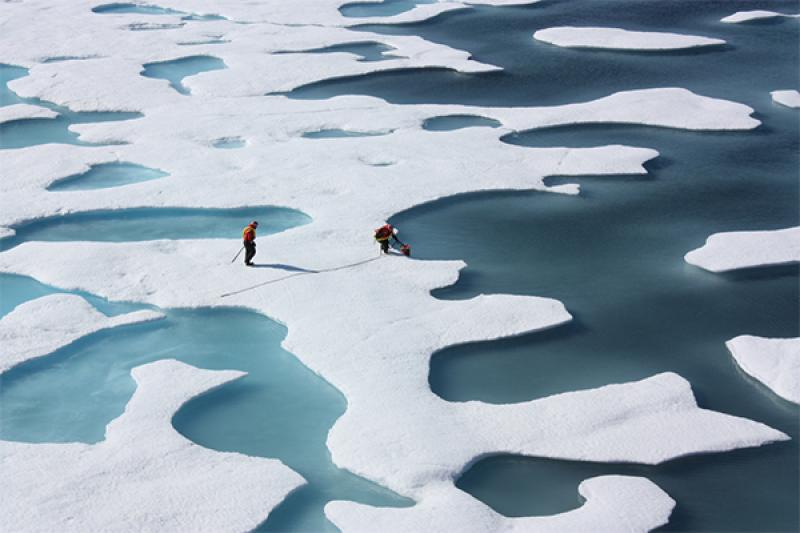 Ice-albedo feedback is one example of a process that amplifies global warming. As reflective ice melts due to warming temperatures, more incoming solar radiation is absorbed by the surface, and the surface continues to warm even further. Photo by NASA/Kathryn Hansen.

Measuring climate change is difficult because of all its moving pieces, a challenge exacerbated by a lack of data. Lin says to measure changes at a climate scale, it’s best to have 60 to 100 years of observation. Currently, scientists only have 30 or 40 years, and some of the most detailed data sets only span a decade.

Still, Lin said researchers are quickly moving forward in their understanding and ability to make predictions, and he is “quite optimistic for the future.”

“Sooner or later, we’ll get all those observations and we’ll solve all those problems,” Lin said. “The science is cumulative, and many people, generation after generation, build knowledge little by little, and eventually we get closer and closer to the facts.”