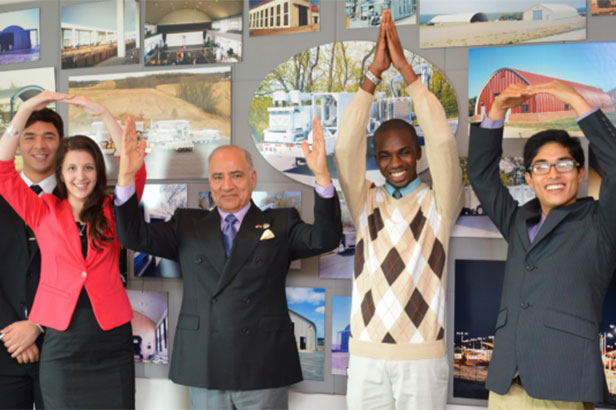 The Ohio State University Department of Political Science studies governments, public policies and political processes, systems, and political behavior. Are you interested in American politics? International affairs? Strategies of war and peace? Political theories of freedom? Gun control, immigration, the environment, civil rights? If so, you belong in political science where you will learn to think critically and globally and acquire the skills necessary to be successful in the world.

Undergraduate Journal
The Journal of Politics and International Affairs is published twice a year by the Undergraduate Political Science Organization.

Mock Trial
The Ohio State Mock Trial team ranks 6th in the nation (2017), competing at top levels in the AMTA National Championship in Los Angeles. The team travels to intercollegiate competitions across the U.S., and hosts an annual invitational at Ohio State.

Students in political science have the opportunity to be part of more than 100 study abroad programs in more than 40 different countries. Three programs are exclusive partnerships through the department:

Join an incredible group of students that are diverse and include students from around the country and globe. With a political science degree, you have the ability to obtain a career in a variety of fields including law, education, business, and federal, state or local government. Here are some of our graduates:

The World Politics minor is intended to give students foundational knowledge in international relations including the political and economic interactions of the global system and relations between countries and international institutions, in order to prepare them to better understand and to work more effectively in an increasingly globalized environment. (WRLDPOL-MN)

The Political Theory minor is intended to accommodate the interests and the needs of students from a variety of majors who want to develop a coherent educational program in a sub-field of Political Science. This minor will allow students to gain foundational knowledge in political theory and will help students develop informed attitudes on contemporary political issues. (POLITTH-MN)

The general political science minor consists of 15 credit hours and is intended to accommodate the interests and the needs of students from a variety of areas who want to develop a coherent educational program from the courses offered. Students are expected to organize their program to develop a focus on a particular aspect of the political world. (POLSCI-MN)

The minor in Political Decision Making is designed to accommodate the interests and the needs of students from a variety of majors who want to develop a coherent educational program in a sub-field of Political Science. This minor will provide students with the knowledge necessary to understand the methods by which citizens and elites arrive at solutions to political problems. (POLDEC-MN)

This multidisciplinary minor provides students with an exposure to the legal underpinnings of society from a liberal arts perspective. It is intended for students interested in the intersection of legal and social issues. It is not intended as a “pre law” program, but rather, as means of providing a foundational understanding of the ways society constructs and uses its legal systems. (LEGFNTN-MN)

The Judicial Politics minor will allow students to gain foundational knowledge in judicial politics and judicial behavior in a nationally-ranked subfield of American politics. (JUDPOL-MN)

The minor program in International Conflict and Peace Studies focuses on the theory and practice of peace studies on both a national and global scale. (CONFLPC – MN)

The Campaigns and Elections minor is intended to accommodate the interests and the needs of students from a variety of majors who want to develop a coherent educational program in a sub-field of Political Science. This minor will provide students with knowledge and analytical tools necessary to understand the election process and political campaigning in the United States. (CAMPELE-MN)

The department offers graduate minors in Formal Theory, Political Economy, Political Psychology and the Politics of Race, Gender and Ethnicity in the addition to the traditional five major fields. (PhD)