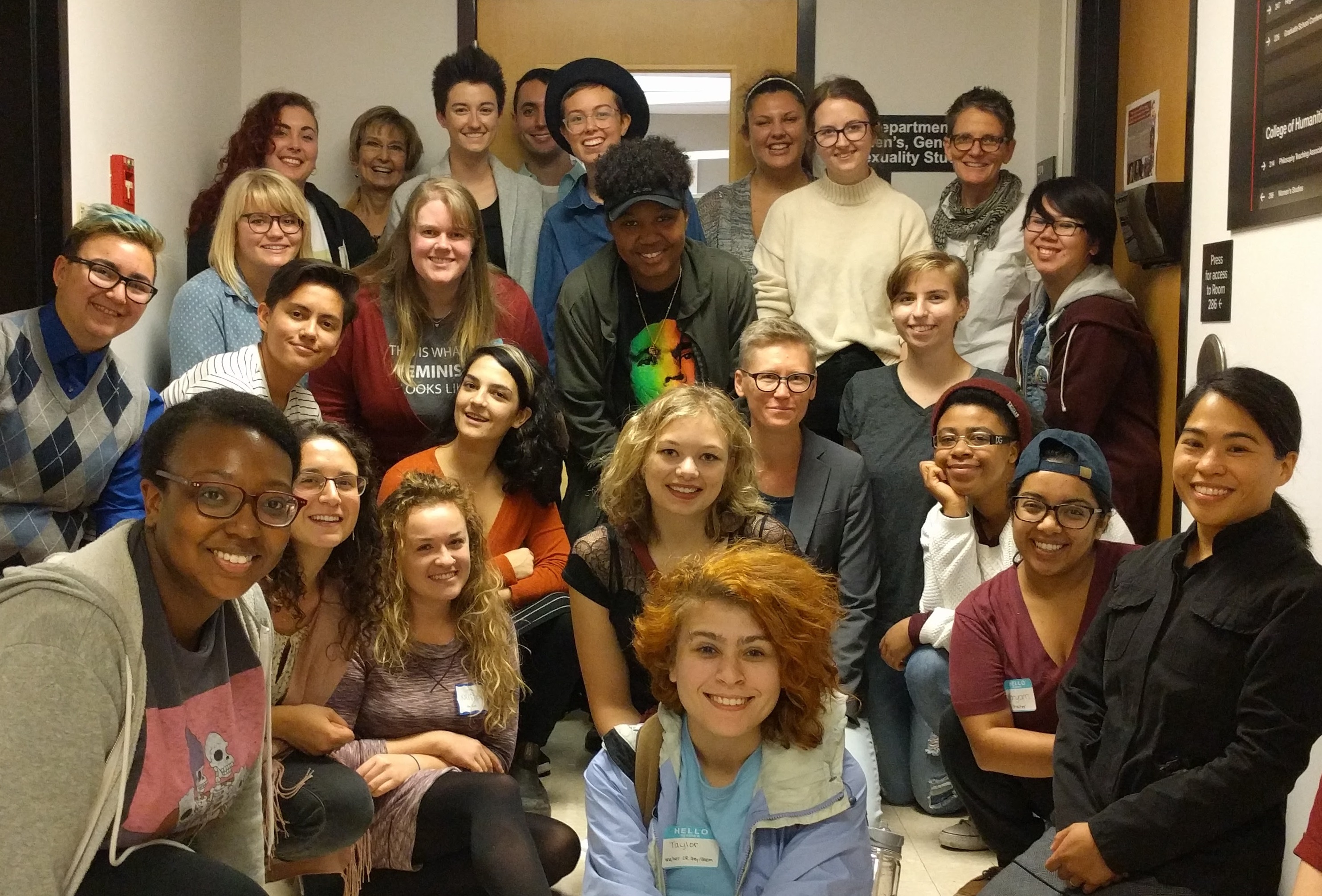 The Ohio State University Department of Women’s, Gender and Sexuality Studies (WGSS) is an evolving interdisciplinary field that examines how systems of oppression, resistance and privilege operate. The department is designed to provide students with an understanding of the importance of gender and sexuality as categories of analysis and their intersections of race, ethnicity, class, age, nationality and (dis)ability.

Ohio State’s WGSS is one of the largest undergraduate women’s, gender and sexuality studies programs in the country

WGSS advances the field through interdisciplinary research and innovative pedagogies, inspiring a new generation of gender and sexuality scholars and feminist leaders committed to social justice.

The department hosted the 2017 International Women’s Day Teach-In where more than 1,000 students were in attendance.

Cynthia Burack, professor, does research in the areas of religion, sexuality, and politics. Her most recent work focuses on sexual orientation and gender identity (SOGI) human rights. She co-edits the Queer Politics and Cultures book series at SUNY Press, and her forthcoming book, Because We Are Human: Contesting US Support for Gender and Sexuality Human Rights Abroad, will appear in that series in 2018.

2015 marks the 40th anniversary of WGSS programming at Ohio State. Since its inception, faculty and students in WGSS have raised awareness and introduced new modes of thinking about gender and sexuality and contributed to social change.

The department hosted an anniversary celebration on May 1, 2015, to commemorate its past, honor those who helped the department grow and inspire a new generation of gender and sexuality scholars and feminist leaders committed to social justice.

Lisa Lopez (‘76), WGSS’ first-ever graduate, returned to campus to meet with undergraduates and faculty to record a historical narrative of her experiences.

The Women's, Gender and Sexuality Studies Undergraduate Program at the Ohio State University offers both a major leading to a BA degree and a minor designed to complement studies in other academic fields. (WOMSTDS-MN)

Study public policy impacting women and to situate feminist perspectives for creating and implementing public policies aimed at improving their lives. A core aspect of the minor will be to illustrate to students that the gender category of “women” is intersectional with race-ethnicity, class, sexuality, dis/ability, and geographic location.

Women's, Gender and Sexuality Studies (WGSS) is an interdisciplinary field of research and teaching that places gender and its intersection with sexuality at the center of inquiry. (MA, PhD)