Three Arts and Sciences honors students have been recognized by the Barry M. Goldwater Scholarship and Excellence in Education Program. Scott Garner and Maya Gosztyla were named 2017 Goldwater Scholars; Taylor Schaffner has been presented with an Honorable Mention. The Goldwater is the most prestigious national award for undergraduate researchers in science, math and engineering. Goldwater Scholars receive an award to cover the cost of tuition, fees, books, and room and board up to a maximum of $7,500. 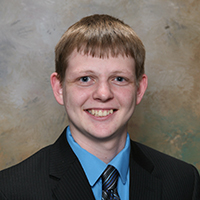 When not focusing on his own work, Garner helps other students excel in the sciences. He has served as a teaching assistant for the chemistry department for multiple years and was recognized with their Distinguished Teaching Award in 2016. He is active as vice president of the Chemistry Club, a site leader for Pay It Forward and a volunteer for Science Olympiad.

Additionally, he spent a summer as an intern for the FBI, conducting toxicology research.

Garner plans to obtain a PhD in physical chemistry to prepare for an academic career investigating topics in theoretical chemistry and spectroscopy. 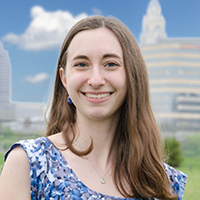 Maya Gosztyla, a junior honors student in molecular genetics and neuroscience, conducts research characterizing a collection of Drosophila natural population lines for defects in embryonic axon with Mark Seeger, professor and chair of molecular genetics. Previously, she conducted research at Ohio State on leptin signaling in type-2 diabetes and at Nationwide Children’s Hospital on the genetics of retinal development.

Outside the laboratory, Gosztyla is dedicated to fostering science communication between researchers and the public. She serves as editor-in-chief of the Journal of Young Investigators, an international student journal, and is the creator of AlzScience, a blog that presents the science of Alzheimer's disease and brain health in accessible language for the general reader. Also, she is active with the Junior Committee of the Central Ohio Alzheimer's Association, Buckeyes Against Alzheimer’s and the Honors Collegium.

After receiving a PhD in molecular neurobiology, Gosztyla plans to dedicate her career to researching the genetic and epigenetic mechanisms that contribute to neurodegenerative diseases, such as Alzheimer’s and Parkinson’s.

Schaffner plans to a PhD in physics and an academic career pushing the boundaries of the utilization of computational tools in nuclear physics research. 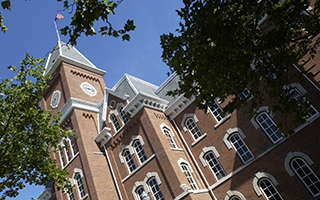