Michiko Yamaoka first learned about her family's history with atomic bombs when she was in 6th grade. Her mother, Kiyoko, and Kiyoko’s sister, Atsuko, were children living just outside Hiroshima during World War II. When the two atomic bombs dropped in Japan at the end of the war, Yamaoka’s family was one of thousands that were irrevocably torn apart.

“Thousands died in my sight, and Hiroshima looked like hell,” Kiyoko would tell her daughter. “It is difficult to describe what it was like. Only atomic bomb survivors who saw everything can understand how the bomb destroyed the city and claimed many lives.”

To share her family’s story and educate people about the consequences of atomic weapons, Yamaoka is giving a series of talks at Ohio State and various other central Ohio locations this week.

Presented by the Institute for Japanese Studies and sponsored by the Environmental Science Graduate Program and the Japan-America Society of Central Ohio, her presentation weaves together history with public and environmental health in a way that reminds audiences why learning from the past can help people make more informed choices in the present.

“The world doesn’t know enough about the terror of nuclear weapons,” Yamaoka said. “We must learn about this history and maintain a conversation about what happened in Hiroshima and Nagasaki so we can make a peaceful world without war and without nuclear weapons.” 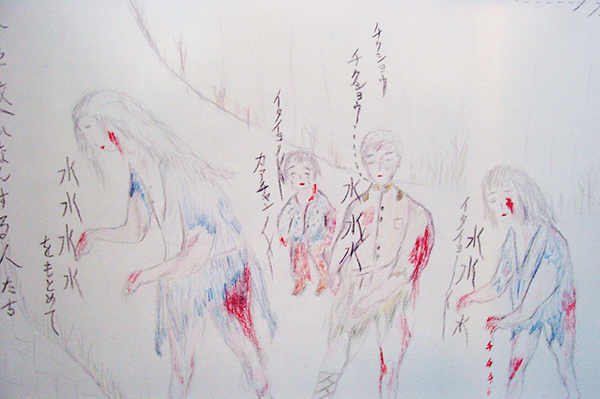 Art was a common way for atomic bomb survivors to depict its consequences. This particular piece is displayed at the Hiroshima Peace Memorial Museum. Photo courtesy Ryan Poplin.

The day the bomb hit Kioko’s home of Hiroshima on Aug. 6, 1945, Kiyoko’s sister, Atsuko, had traveled into the heart of the city with fellow middle school students to help tear down buildings; the U.S. had been conducting an indiscriminate bombing campaign and flattening structures was a strategy to control fires.

At 8:15 a.m., the “Little Boy” atomic bomb hit Hiroshima, leveling 5 square miles of the city and burning everything in its path. Kiyoko spent the following two days looking for her sister and found her severely injured. She brought Atsuko back to the family’s house, where Atsuko died a couple of days later.

School of Earth Sciences Associate Professor Motomu Ibaraki has been organizing Michiko Yamaoka’s visit and helped craft her presentation. He says going through that process immersed in her family’s story left a profound impression on him.

“I really changed my mindset about war and a-bombs,” he said.

Ibaraki started working with Yamaoka as part of a study abroad program to Japan he organizes that focuses public health, environmental, sociological and cultural issues with an emphasis on Japanese perspectives. Yamaoka works with the Hiroshima Peace Memorial Museum, and for the past few years, she’s spoken with students on the study abroad.

Her trip to Ohio will be her first to the U.S. on her own, and while she’s in the area, she will give presentations at Bowling Green State University, the University of Findlay, Marysville High School, Upper Arlington High School, Columbus State Community College and the Columbus Japanese Language School. At Ohio State, Yamaoka gave one lecture Tuesday evening and will present again at 7 p.m. Sept. 5 in 291 Mendenhall Lab, and at 2 p.m. Sept. 6 in 100 Campbell Hall. 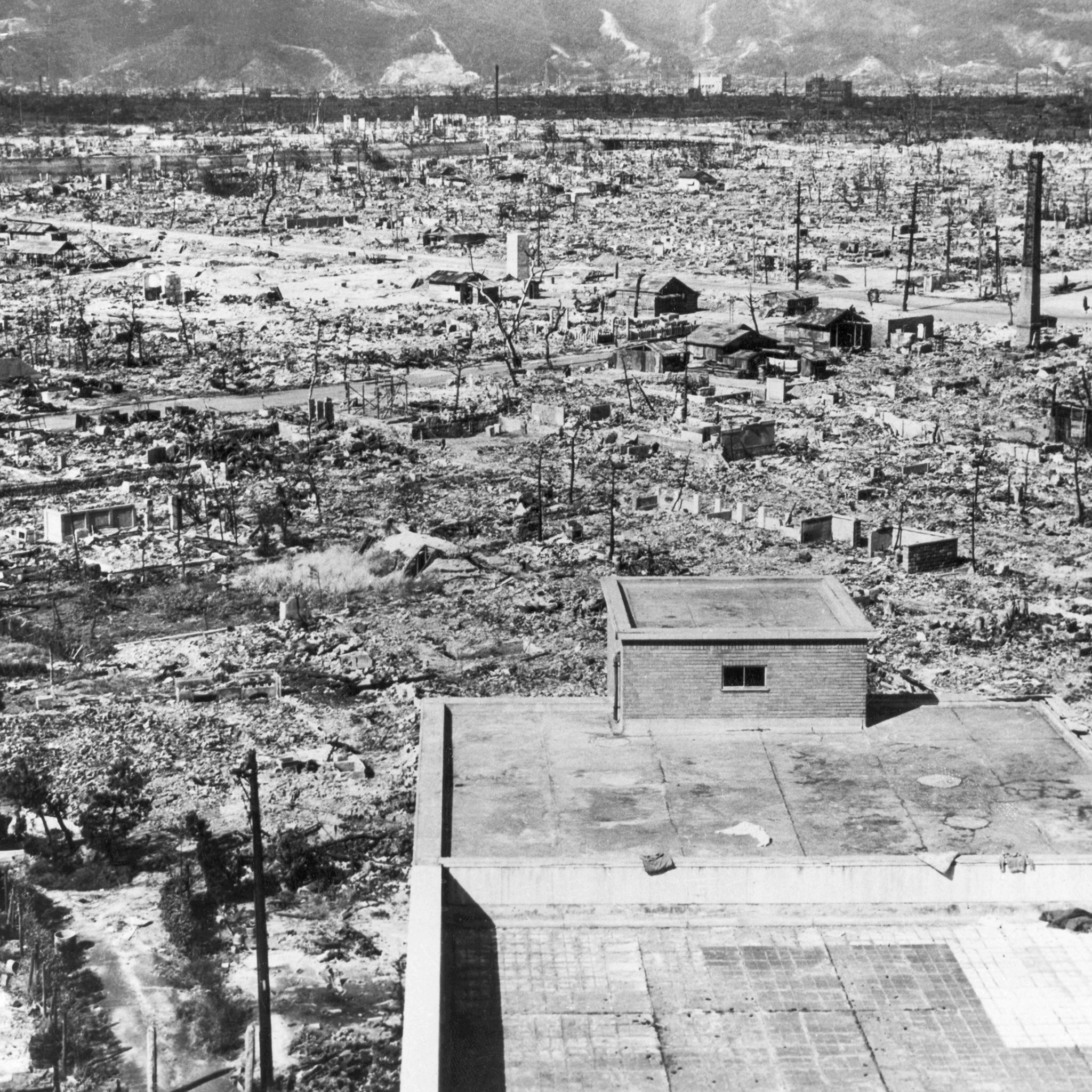 The atomic bomb leveled much of the city of Hiroshima.

Listening to stories like that of Michiko Yamaoka is a way to engage with various understandings of the same historical event. Such memories are the pieces that create the unique stories of different nations — places like the U.S., Japan, China or Korea — that aren’t always uniform, says Hajime Miyazaki, director of the Institute for Japanese Studies and professor in the Department of Economics.

“In some sense when we say history, it’s not really academic writing on historical events, but about a sort of memory that the people have,” Miyazaki said. “In fact, it’s not so much the individual's memories, but theirs coalesced into so-called collective memories."

He says Yamaoka is providing an ordinary citizen’s story, which can help our view of diversity in the larger world context.

Yamaoka’s family history, and similar stories, are important to preserve and listen to, says Darryl Hood, an associate professor in the College of Public Health and and chair, Graduate Studies Committee, Environmental Studies Graduate Program who helped organize Yamaoka’s visit. He says learning from these stories is particularly relevant today in an environment where people struggle to have difficult conversations about controversial issues.

“If you don't learn a lesson from a previous experiences, you're bound to repeat that same mistake again,” Hood said. “America is still sort of reeling, if you will, from our inability to have a constructive discussion on these huge issues of the times. This is no different than that.”