The College of Arts and Sciences has an amazing depth of talented, dedicated and respected faculty. They are leaders in Ohio State’s research and scholarly enterprises — in discovery, in global collaboration, and in teaching and training the next generation of scientists, scholars and artists. They win national and international honors and awards in their field,s and they have been selected for membership in top learned societies.

The Arts and Sciences Distinguished Professorship honors a select few of these faculty members — full professor colleagues — who have excelled in teaching, service and research and creative activity, and whose work has demonstrated significant impact on their fields, students, college and university, and/or the public. This honorific title is reserved for the most distinguished faculty; no more than ten percent of the total number of full professors in the College of Arts and Sciences may hold this title at any one time.

This year, five professors were appointed from a slate of impressive nominees. 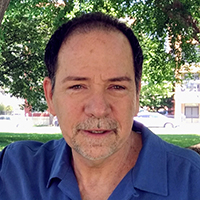 John Bruno, professor and chair of the Department of Psychology has built an international reputation in several interdisciplinary fields at the intersection of psychology and neuroscience. He is considered a pioneer in multiple areas of behavioral neuroscience research and has been continuously funded over his scientific career (serving as a principal investigator for Ohio State grants exceeding $7 million). Bruno’s extensive research career has allowed him to publish more than 150 peer-reviewed articles and 20 book chapters.

Bruno has received teaching awards at every level of the university — alumni (1994), college (1995), and departmental (1993, 2009). He is also the recipient of the Joan N. Huber Fellowship from Social and Behavioral Sciences (2005) as well as the founding director of the highly successful College of Arts and Sciences interdisciplinary undergraduate major in neuroscience (2011-2015). 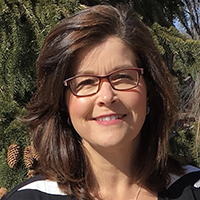 Claudia Buchmann is professor and chair in the Department of Sociology. She is internationally known for her research on gender inequalities in education, which focuses on how women have come to attain more education than men in most regions of the world today. Her research has been published in many journals including the American Sociological Review, Social Forces, Demography and the Annual Review of Sociology. She is also coauthor of The Rise of Women: The Growing Gender Gap in Education and What It Means for American Schools (2013, Russell Sage Foundation). 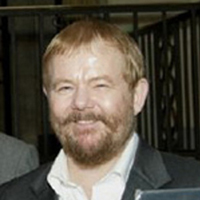 Frank Coulson is professor in the Department of Classics and director of palaeography in the Center for Epigraphical and Palaeographical Studies. His areas of expertise include extensive research in classical reception, particularly on the medieval and humanistic school tradition on Ovid, as well as palaeography (the study of ancient writing systems and the deciphering and dating of historical manuscripts). Coulson is also an elected member of the Comité International de Paléographie Latine (International Committee of Latin Paleography).

As director for the Center for Epigraphical and Palaeographical Studies, Coulson is responsible for supervising fellows as well as building collections. The center recently acquired several important research collections, including the library and working papers of the late Virginia Brown, which has made it one of the leading centers for manuscript research. 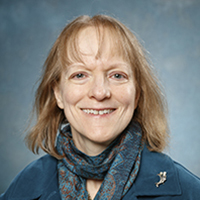 Jane Hathaway is a professor in the Department of History. She specializes in the Ottoman Empire before 1800, particularly on the Arab provinces. In the past, her research has focused on Egypt and Yemen, but she is currently working on a book-length study of the office of Chief Harem Eunuch of the Ottoman Empire. Her research has been funded by the National Endowment for the Humanities, the American Council of Learned Societies and the American Research Institute in Turkey, among others.

In fall 2016, Hathaway was a member of the School of Historical Studies at the Institute for Advanced Study in Princeton, and she was Ohio State’s nominee for the Gerda Henkel Prize. In 2015, Hathaway received the Ohio Academy of History’s Distinguished Historian Award, and in 2014, the Harlan Hatcher Distinguished Faculty Award in the College of Arts and Sciences. 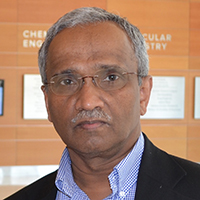 Thaliyil RajanBabu is a professor in the Department of Chemistry and Biochemistry, where he teaches and conducts research in organic chemistry. He leads a group of graduate and undergraduate students and postdoctoral fellows, who are engaged in research aimed at discovering efficient, selective and environmentally benign processes for the synthesis of pharmaceuticals and other value-added materials from readily available feedstocks and natural sources.

RajanBabu is the author of more than 150 peer-reviewed publications and book chapters and has delivered more than 100 invited or named lectures at international meetings, universities and research centers. He has served on several advisory committees of the American Chemical Society, the National Institutes of Health and the National Science Foundation. He has been a professor at Ohio State since 1995 and previously held the Kimberly Chair in Chemistry and Biochemistry.